A downloadable game for Windows

CHECKMATES is a chess game designed to be played via live broadcasting service Twitch.tv. The game is played by the audience of a live stream. Each player joins one of two teams, and casts votes on their next move. The most popular vote at the end of a timer is taken as the played move.

Setting up the game

To start playing CHECKMATES, you need to have a streaming setup for broadcasting to Twitch. Once that is set up, configure the game to connect to your Twitch channel by using the in game menu or the streamlogin.txt file.

Once this is sorted, you're ready to start broadcasting.

After starting a game, the first thing you need to do is join a team. Type one of the following messages into chat:


#JOINTEAMA - Join Team A (left side)

#JOINTEAMB - Join Team B (right side)


XX to YY - Move from tile XX to tile YY

When castling is a valid move, you can vote to do so with the following commands:

The surrender command will let you vote to forfeit the match. If the vote ends with a majority surrender vote, the team will surrender the match. 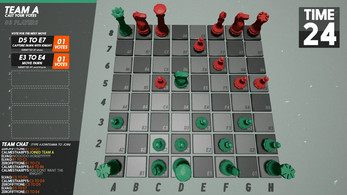 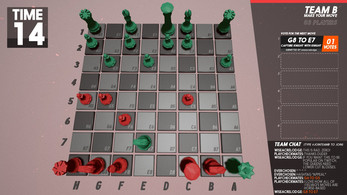 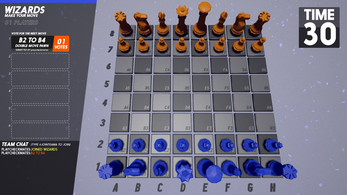 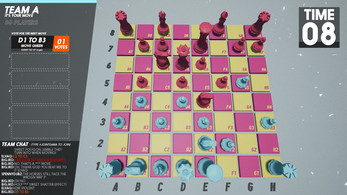